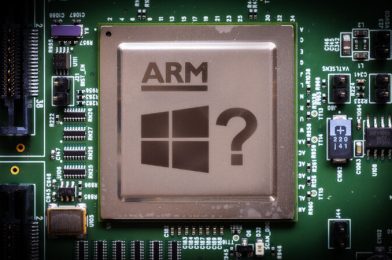 This afternoon, Bloomberg reported that Microsoft is within the strategy of growing its personal ARM CPU designs, following within the footsteps of Apple’s M1 cell CPU and Amazon’s Graviton datacenter CPU.

Bloomberg cites off-record conversations with Microsoft workers who did not need to be named. These sources mentioned that Microsoft is presently growing an ARM processor for datacenter use and exploring the potential for one other for its Floor line of cell PCs.

Bloomberg’s sources paint the datacenter half as “extra possible” and a Floor half as “potential.” This appears believable, on condition that Microsoft’s chip design unit studies to the Azure cloud VP, with no direct reporting ties to the Floor division. Microsoft declined to touch upon any particular plans, saying solely that it “[continues] to put money into our personal capabilities in areas like design, manufacturing and instruments, whereas additionally fostering and strengthening partnerships with a variety of chip suppliers.”